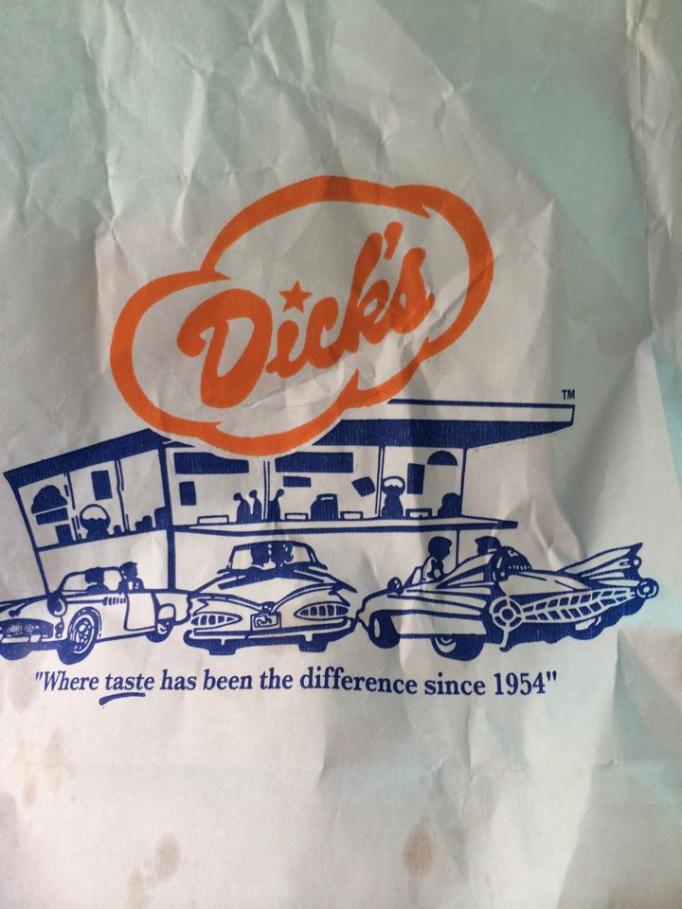 Yesterday I went to Seattle to participate in a rally to protest circumcision. I’ll write a full post about that soon. But, today’s post is about laughing at myself for being so boneheaded. Here’s the story. My younger three kids wanted to come along with me to the protest near Pike Place Market and as we neared our destination they informed me that they were hungry (it was almost noon) and begged me to take them to Dick’s Drive-In to get their delicious burgers and fries. While in line for our food I decided that the people protesting might benefit from some sustenance and so I ordered an extra ten cheeseburgers and fries to share once we got to the protest site.

Upon our arrival I introduced myself to some of the protestors and offered them the food I had brought. As I held out the paper bag of food, which clearly has the name of the establishment on it, the guys looked at me a little funny but didn’t say anything. I explained that Dick’s Drive-In is a Seattle institution and that my kids ask to eat there every time we go to the Emerald City. The whole time I was there it never occurred to me that I was pretty much trolling my own generosity.

Once I got home one of my teenage daughters asked how the protest went and as I shared with her about bringing the burgers to the circumcision protest she started to shake her head and laugh. I hadn’t said anything funny so I asked her why she was laughing and she stopped and said “Dad, what did you bring them to eat?”. And then it dawned on me what I had done.

I brought Dick’s to a circumcision protest! Seriously. How on Earth did I possibly do that without realizing it until it was pointed out to me four hours later? I’m pretty proud of my sense of humor and ability to make awful Dad Jokes that make my kids roll their eyes. But to bring burgers from Dick’s to a circumcision protest without even trying? That’s almost grounds to lose my imaginary Dad Card. I mean, if I had realized what I was doing before handing them over I probably still would’ve done it and laughed about it. It would’ve been a next-level Dad Joke, possibly joke of the year in my mind, at least. Yeah, even at 43, I’m still a little bit immature sometimes. I mean, it is funny and Dick’s is pretty delicious!